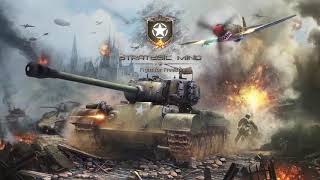 Strategic Mind: Fight for Freedom is a history-driven turn-based strategy set in WW2. Take command of the Allied forces and protect your homeland and the whole of Europe from totalitarian madness. Form armies. Win battles. Change history.

The game has 2 campaigns: British one features fully historical battles, while the US one has historical operations up to the defeat of Germany and also features a number of alternate history battles against the USSR afterward. It is created with great care and attention to historical details by a team that is passionate about WW2 history.

IMMERSE YOURSELF INTO THE STORY

Watching cinematics before and after every operation you can almost feel that you are indeed a participant of the unfolding epochal events. Moreover, numerous primary and secondary objectives allow you to explore every battle in detail.

The gameplay is plot-driven and features many historical personalities such as Winston Churchill, Bernard Law Montgomery, Franklin Delano Roosevelt, Dwight D. Eisenhower, and others.

When you come to the end of your rope, tie a knot and hang on.(c) Franklin Delano Roosevelt